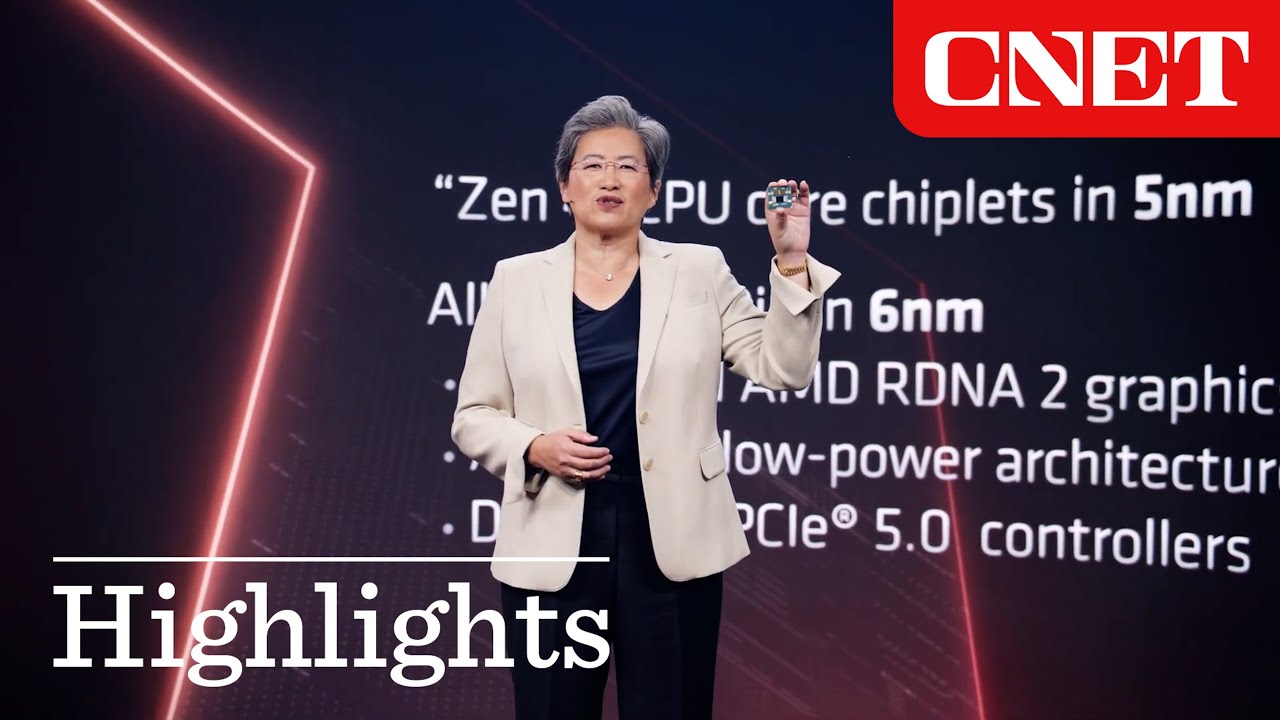 Today i'm really excited to share more  about the next major step in our roadmap  that extends our leadership in desktop  pcs.

And it all starts with our zen4core. We designed zen4 to deliver significant  performance and performance per watt  advances over our already industry  leading zen 3 core.

We doubled the l2 cache to 1 megabyte  per core for higher throughput  we've also increased the clock speeds on  zen4 to run significantly above 5  gigahertz  and with higher ipc and faster clock  speeds.

We've also added instructions for  hardware accelerated ar workloads like  neural networks and machine learning. Now  for the first time let me show you our  ryzen 7000.

As you can see ryzen 7000 cpus include  up to two core triplets each with eight  zen four cores built on an optimized  version of tsmc's high performance five  nanometer process technology.

The larger chiplet is an all new six  nanometer io die designed for ryzen 7000  we added rdna2 graphics bringing  integrated graphics capabilities into  our ryzen enthusiast desktop cpus for  the first time.

And we've also made significant advances  in power management and added support  for the latest memory and i o  technologies like ddr5 and pci express  5.

Now one of my favorite things to do is  show off our new tech so i'm so excited  to be able to do that now with ryzen 7000. Let's start first with gaming.

If you look at the current frequency of  the cpu reported in the top left corner  you can see that those n4 cores are  running around 5.5 gigahertz with slight  variations during gameplay

And while this is just one example we're  really excited for gamers to get their  hands on our ryzen 7000 series  but we know our fans use verizon for  more than just gaming.

From the beginning ryzen has set the  standard for high performance content  creation delivering performance that was  previously only available in a  workstation class processor  ryzen 7000 will extend that even further.

Now let me show you a ryzen 7000  processor running the popular blender 3d  modeling software  on the right is the ryzen 7000 system  and the left is a competitor system.

Both cpus are 16 cores and rendering a  custom image of our next gen ryzen  desktop cpu with blender maxing out the  core and thread count of those  processors to complete the render as  quickly as possible.

As you can see the verizon 7000 system  completes the process 31 percent faster  which means creators spend less time  waiting and much more time creating.

So hopefully you can see why we're so  excited about our next generation ryzen  7000 cpus and am5 platforms you'll hear  a lot more over the coming months and  you should expect ryzen 7000 processors  will be available starting this fal. 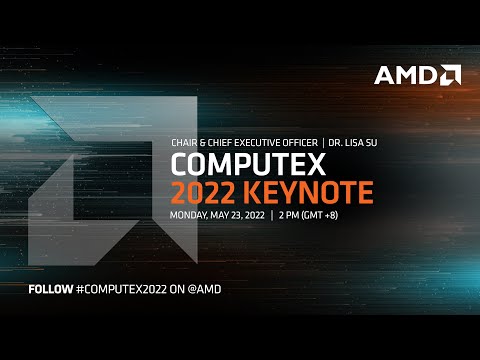